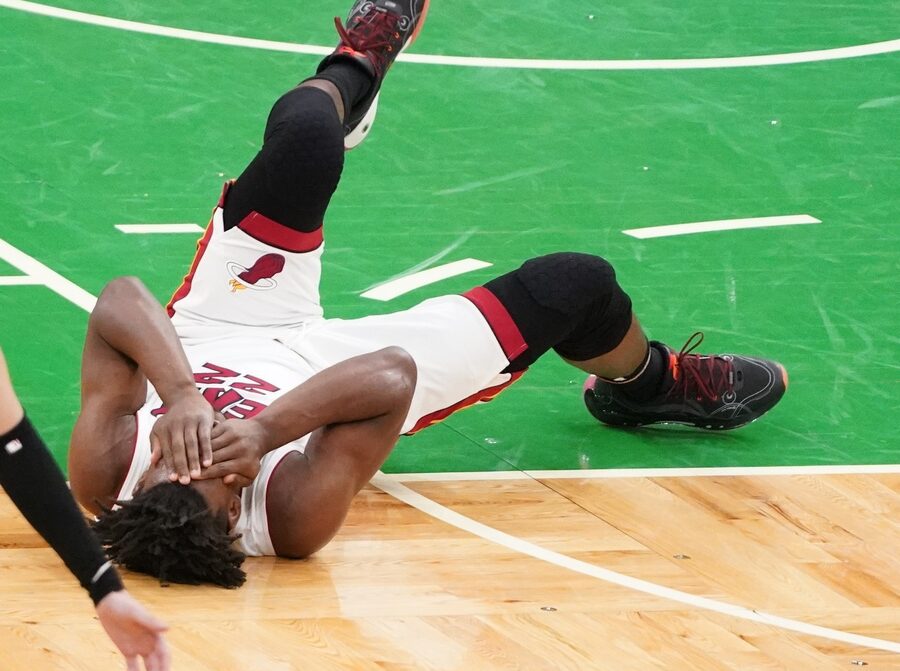 Miami Heat star Jimmy Butler’s eye injury has made his status for Thursday night’s game against the Philadelphia 76ers questionable, but the veteran is expected to play in the contest.

Jimmy Butler (eye) still listed as questionable for tonight, but the expectation is that he plays.

Butler suffered the injury after being poked in the eye late in the first half of Tuesday night’s game against the Boston Celtics, with the superstar in obvious pain after going down.

The Heat won that contest and got themselves out of the danger of potentially having to take part in this year’s play-in portion of the NBA postseason.

With just three games left in the regular season, the Heat are still angling for a higher berth in the playoff picture and remain locked in a battle with the Atlanta Hawks and New York Knicks for the fourth through six spots in the Eastern Conference.

Butler’s nightly production and leadership would be sorely missed if he’s unable to take the court. His fiery push last season helped the Heat reach the NBA Finals last season.