The wife of Detroit Lions quarterback Matthew Stafford went on a massive tirade about Michigan‘s lockdown for the pandemic, likening the state’s government to that of a ‘dictatorship’ before eventually apologizing for the remarks.

Kelly Stafford – who survived brain cancer in 2019 – went on the offensive early on Thursday, posting a series of videos to her Instagram story just days after Gov. Gretchen Whitmer imposed new restrictions on the state.

‘So I am going to be very blunt, I am so over it,’ Stafford said in her Instagram story. ‘I am over living in a dictatorship that we call Michigan.’ 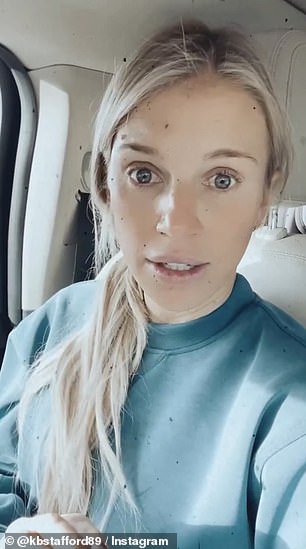 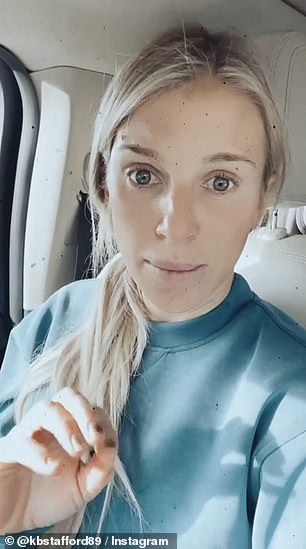 Kelly Stafford went on the offensive early on Thursday, calling the Michigan government a ‘dictatorship’ for hurting small businesses 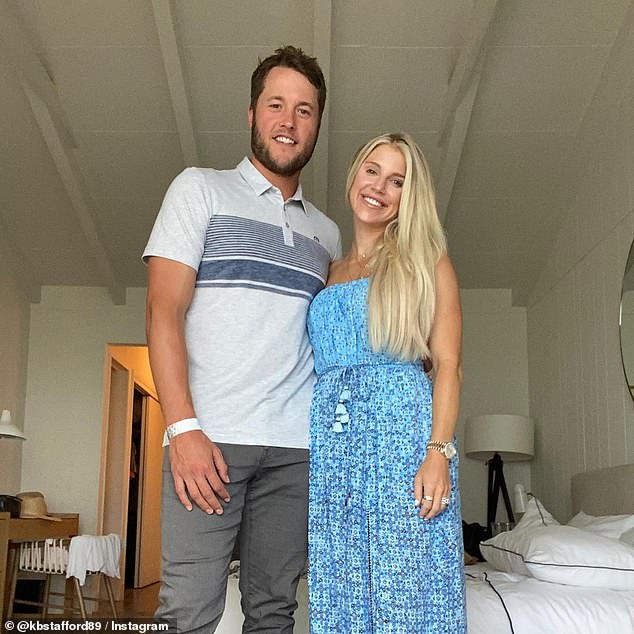 The Atlanta native – married to Detroit Lions quarterback Matthew Stafford – advocated for small businesses, asserting that ‘shutting them down again is not the answer’ as ‘they will not make it.’

Stafford advocated for small businesses, asserting that ‘shutting them down again is not the answer’ as ‘they will not make it.’

The Atlanta native added: ‘So once we do leave the house, once the dictatorship decides to let us have some freedom…there will be nothing left. I’m just over it. I see all these people and it brings me to tears.’

Stafford acknowledged that her opinion could seem unpopular with others, but chalked up the disagreement as not being that important. 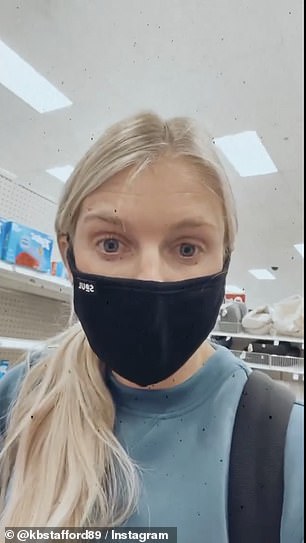 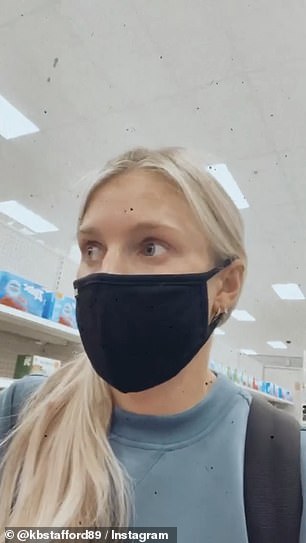 Soon after, Stafford posted a video where she apologized for her remarks while shopping in Target 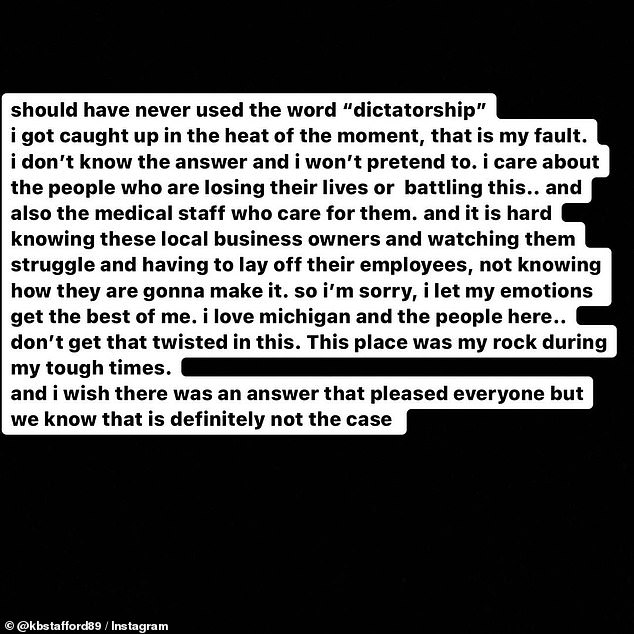 ‘It is not like I don’t care for the people who have COVID or the hospital, I do but this is my opinion,’ she asserted. ‘I do not like living in a place where they tell me what I can and can not do.’

Soon after, Stafford posted a video where she apologized for her remarks while shopping in Target.

‘Here’s what I do best, coming back to apologize after I read some of your things . . . I’m really sorry, I was in the heat of the moment,’ she said.

‘I have a friend losing their business and it’s just getting to me a little bit, so I apologize for calling it a dictatorship, probably the not so smart use of words.’

But many did not care for the apology, noting that Stafford was shopping in Target when she made the video.

The Detroit Lions quarterback and his former cheerleader wife welcomed their fourth child in June, 14 months after she had surgery to remove a benign brain tumor in April 2019.

Stafford discovered the brain tumor, known as an acoustic neuroma, was sitting on some of her cranial nerves while getting a brain MRI. The benign tumor is known for causing hearing loss and facial paralysis, Today reported at the time of the surgery.

An MRI of her brain revealed that she had a benign brain tumor known as an acoustic neuroma that was sitting on some of her cranial nerves. Despite being benign, the tumor is still known to cause hearing loss and facial paralysis.

After the grueling 12 hour surgery, Stafford struggled to regain her mobility but was soon picking up boxing some four months later.

The angry remarks and apology from Stafford comes as Michigan has the fourth-highest number of hospitalized residents in the country – behind Texas, Illinois and California. 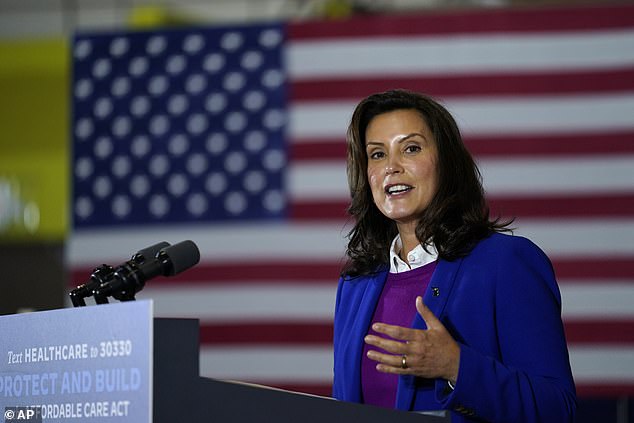 New restrictions were announced by the state  and Gov. Whitmer on Sunday (the governor pictured in October)

The state reported on Wednesday that they had 5,772 new cases of those with COVID-19 and 62 more deaths linked to the virus, FOX 2 reports.

Hospital CEOs warned last week that they were nearing capacity for a second time, sharing that staff resources were becoming more and more strained as available beds continued to be filled.

New restrictions were announced by the state on Sunday, shutting down movie theaters and limiting operations in restaurants. The limit for public gatherings was also lowered while high schools were made to go back to remote-schooling.`